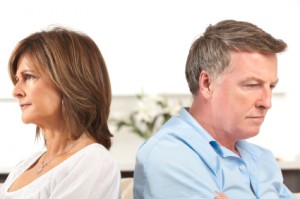 One of the most difficult situations in a relationship is resolving conflict appropriately. One of the reasons is that far too many times people are biased to view the situation from only their basis on how they define “reality”. It is exceedingly difficult for them to entertain the thought that there may be another “reality beside their own. They naturally gravitate toward the other person being wrong rather than different.  The old saying goes that opposites attract. On some level that may be true. For example, one person may be attracted to qualities in the other person  that he or she admires or would like to have. On a deeper level people are also attracted to people they view as like themselves.

As time goes on, there appears qualities, opinions, needs and values that the other person subscribes to that one did not expect.  The results are the beginnings of conflict. If these conflicts are not addressed properly, they repeat themselves in various forms.

A partner who avoids a conflict does not mean the conflict is resolved.  It merely means that it is put off, only to repeat itself in some other way. Conflict is like two people in two different rooms, watching two different TV’s, set on two different channels, watching two different programs.  Each incorrectly assumes the other is watching the same program and becomes highly frustrated and annoyed when the other does not describe what he or she is viewing in the same way. The human tendency to hold onto ideas, positions and opinions regardless of being faced with another reality is strong.  Anything foreign to our belief system is tenaciously held onto regardless of contrary viewpoints. Without an openness to another viewpoint regardless of whether or not we fully buy into it, will make negotiating a compromise that can work for both virtually impossible.

The following is food for thought when dealing with a conflictual situation involving another.  It is not a panacea, I think it may be a good start.

For more information on conflict resolution within a relationship, you can download my book free entitled. “Take Charge of Your Life or Someone Else Will”