A. Each person needs to take personal responsibility for change in order to hope to see changes in the relationship.

B. When one person presses the emotional buttons of the other in a relationship, then that is an opportunity for personal examination and potential growth.

C. If one person changes in a relationship, then the other person will likewise change in reaction to that change, with no guarantee as to how.

D. Change in a person in the relationship can only take place if that person has the insight to realize the need for personal change and the motivation to do the necessary work.

E. Each person in the relationship needs to realize that ongoing unresolved conflict is only a defense to hide what’s really going on.

F. Relationships where both feel validated, heard and understood stand the best chances of success. 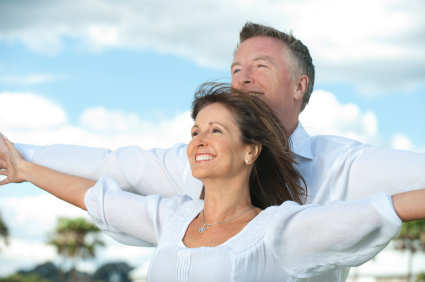 G. Relationships where there is constant criticism, complaining and putdowns are those where the needs of both are not being met.

H. People in dysfunctional relationships seem to know what the other person needs to do but are defensive when it comes to what they have to do.

I. For relationships to stand the best chance of working, each person needs to spend 100% of the time working on changing themselves and 0% of the time trying to change the other person.

J. People in the early stages of a relationship are exposed to all the warning signs but chose to ignore them in hopes that the other is or will become all they want them to be.

K. People will never meet the perfect man or woman but the relationship can work if each grow in the same direction together.

L. In order for a relationship to be successful there needs to be constant work and attention to taking care of the little things.

N. In a relationship, before criticism come forth, weigh it against what all that is done right by the other person in order to see a balanced picture.

O. Issues not worked through in early childhood tend to be repeated in adult relationships. So be aware of patterns that get replayed with your partner.

P. In order for relationship to be successful each person needs to be both independent and interdependent with the other.

Q. When one person in a relationship puts the other down, it is more reflective of the insecurities of the first person rather than the inadequacies of the second.

R. If one person does the same thing over and over hoping the other person will change but doesn’t, then that person needs to do the changing.

S. Change, in order to have the greatest chance of lasting, needs to come in small steps that are aimed at the larger goal rather than in one fell swoop.

T. Looking to the other for one’s fulfillment and happiness, takes personal responsibility off oneself.

U. An expressed feeling in a negative and hostile manner is usually a mask to hide a deeper feeling of hurt.

V. Giving mixed messages doesn’t work. Don’t expect your partner to be a mind reader but rather be up front with your needs and wants.

W. When in conflict, resolution is more apt to occur when the other person’s views are seen as different rather than wrong.

X. Communication is less of talking and more of truly listening to what is said explicitly by the other person.

Y. When dealing with conflict, focus only on the one issue at hand and not bring up other former unresolved issues at that point, leaving nothing resolved.