Everyone has self-esteem. The point is that far too many people do not have positive self-esteem. A positive self-esteem is an important component to in achieving a balanced life. Yet countless numbers of people go through life never truly living but rather merely existing from day to day. This is due, in a large part, to how people see themselves.

A positive, as well as a negative self-image just doesn’t happen. The seeds are sown in the early years in many small and seemingly indistinguishable ways that have a far-reaching affect and impact on people’s lives. It first begins with messages from their parents and other adult authority figures. If not, then a negative self concept begins to formulate. 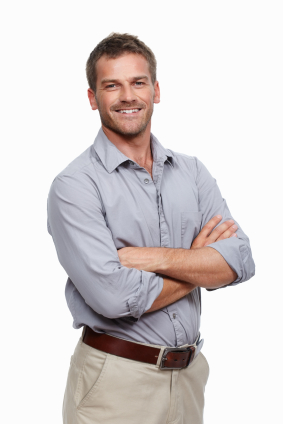 As the children become adults, they don’t need the originators of the negative messages. They reinforce those messages themselves through continuous negative self-talk. They feed their head with negative messages such as “You’re not good enough.” “You’re stupid.” The messages become “wired” in the brain and eventually color how they see themselves.

However, though people may be programmed to have a negative self-image, anyone can reprogram themselves to have more realistic, positive self- esteem. People fail to realize that the brain merely reinforces beliefs through messages that are fed into it. In order to reverse this false self- concept, there are a number of things that may need to come into play.

First, begin by being aware of negative self talk engaged in over the course of the day.  Then replace the negative self-talk with positive affirmations.  Expect enduing negative self-talk to continue to attempt to monopolize your thoughts.  Instead of struggling with those negative thoughts, merely redirect them to positive affirmations that have been prepared before hand. Trying to think of something positive in the troughs of negative self-talk, is extremely difficult. That is why being prepared beforehand with positive self affirmations will help greatly. Therefore, once the negative self-talks begins, the prepared positive thoughts will be easier to come forth. It matters little if you believe the affirmations or not.  If  repeated consistently, they will begin to take hold. Repetition is the key. Learning a new way of thinking about oneself won’t be easy. Practice makes perfect. As people begin to think of themselves in consistently different ways, slowly but surely, the brain buys into it and the self-esteem improves.