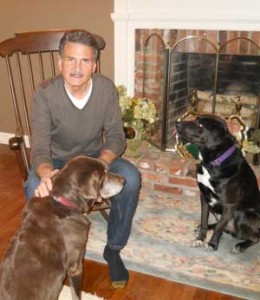 This is the first attempt at creating a blog.  It is to be an adjunct to my website, lifesourcecenter.org.  In it, I plan on sharing my day to day life experiences that may be of some benefit to the reader. It may be a bit egocentric but what the heck?

My daughter Jennifer recently invited my wife and me to join her on a trip to a local vineyard in Brookfield, Connecticut.  The name is DiGrazia Vineyards. The owner is Doctor DiGrazia, a man in his eighties who still works at the winery he started years ago.  Though his professional training is in the field of Gynecology, he reinvented himself by making wine later in life.  He started producing the wine in his two car garage and now has expanded the structure.  The family owned business is small but fantastic.  His son makes deliveries of cases of wine to local merchants out of his car. They not only sell wine but also have wine tasting opportunities.  The people working there are warm, friendly and extremely knowledgeable about various wines.

The experience impressed upon me that no matter what your background, there are opportunities to reinvent yourself if you have the courage to step out of your comfort zone and take a risk into the unknown.

It reminded me that Doctor DiGrazia’s story is not unusual.  There are countless examples of people who didn’t settle for how life positioned them but rather stepped out of their circle of what they were use to and discovered new worlds for themselves.

I recently read about a man who at 61 years of age went to law school at night and studied to be a lawyer.  Four years later he got his law degree, only to be told that he should be spending time with his grandchildren rather than looking for a job practicing law.  He perservered, got a job at a law firm and is still practicing law for the same firm at 92 years of age.

I heard on the news of a woman who went to college late in life and finally received her degree in education at 95 years of age.  When asked if she planned on going into teaching, her answer was “no” but rather she had begun writing a book about her experience.

Dwight Eisenhower took up painting at age 58, just after World War II in order to calm his nerves. He became so proficient at it that by the time he became president, he had a staff person assigned to specifically prepare his canvasses and paints.

The list goes on and on.  Simply said my experience at the vineyard brought home to me the fact that we are all beings in progress, capable of untold new things.  However, as Sydney Smith, the English clergyman of the 1700’s once said, “A great deal of talent is lost to the world for want of a little courage.” Seize the day with just a little more courage and who knows what you will discover.